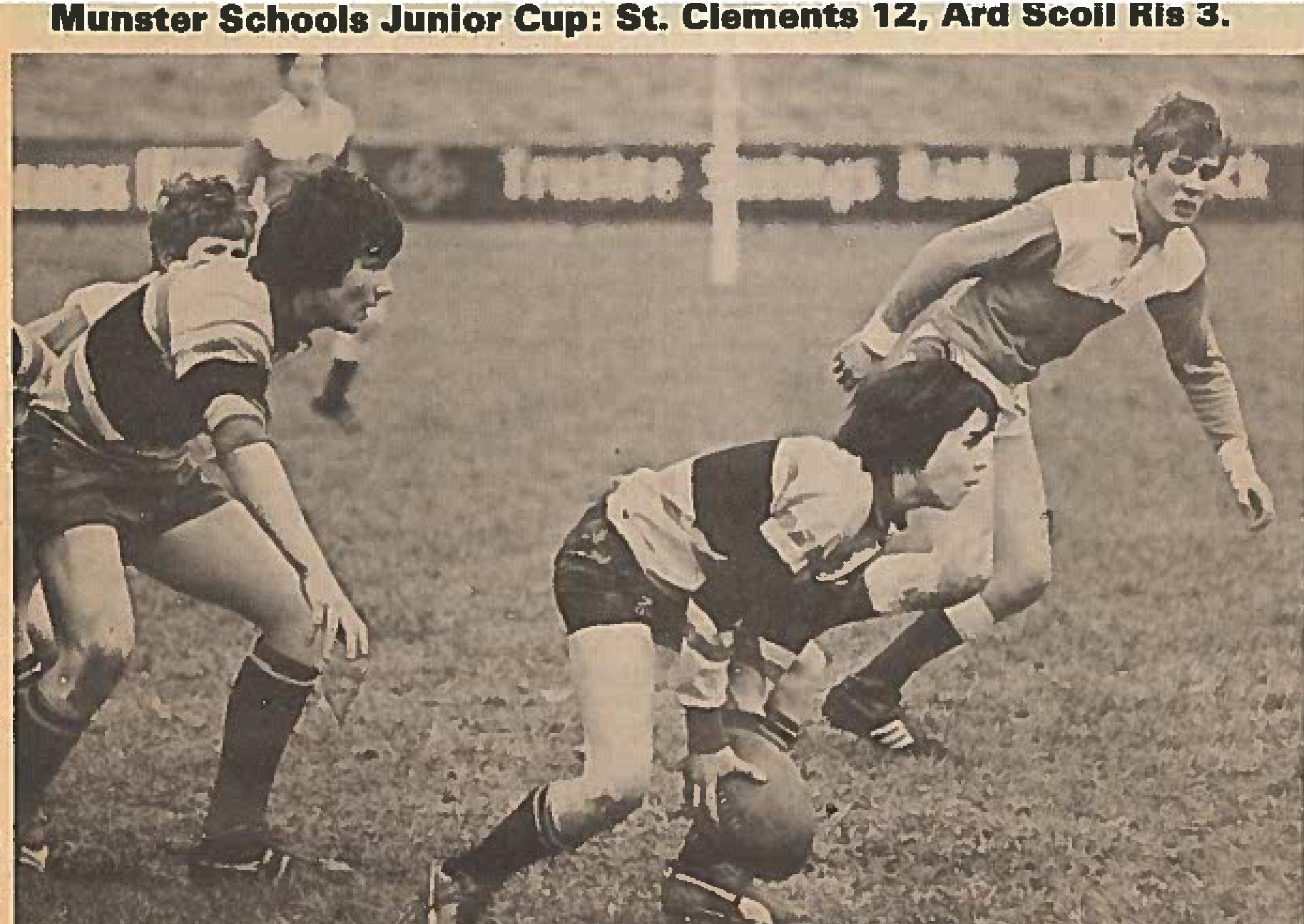 Published: over 4 years ago

When you see how rugby has prospered in Ardscoil Ris over the past number of years, it is hard to believe that the game was only introduced to the school in the late 1970s. When I started there in 1977, soccer was the main sport played competitively with Games and PE consisting of 40 minutes of a Gaelic Football free-for-all on the school pitch and another 40 minutes in the Salesian Convent gym.

However, it was at this stage that Des Harty decided to start a rugby team in the school and with the support of the newly appointed Headmaster Brother Reynolds; he combed the corridors of the school asking anyone that looked like they could play if they wanted to play. 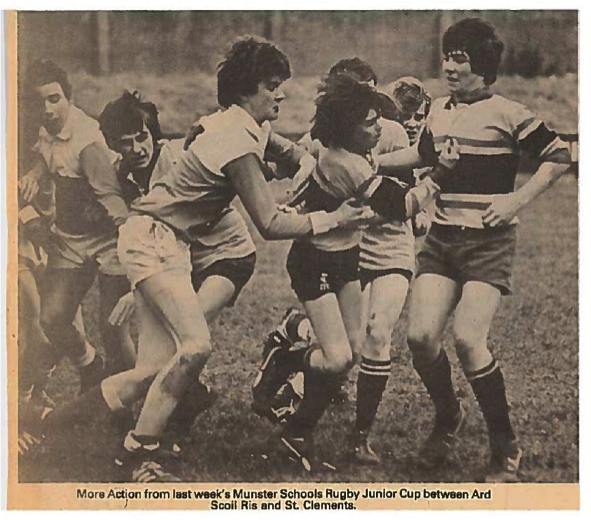 While the team started in the 1978/79 school year, it was not until 1979/80 that we started to play regular fixtures and the school entered the Munster Junior Cup. At that stage we had about 20 players turning up to training sessions.

On Wednesday 30th January, 1980, the School played their first ever Junior Cup game. We travelled to Bandon Grammar School, where we won 12-9 thanks to 4 penalties from Vinnie Leonard. The team that day was: B Malone, Martin White, Mark Graham, D McInerney, J Quinn, Vinnie Leonard, Gearoid Murphy, Harold Brown, Dermot Hurley, Paddy Cosgrave, Andrew Donovan, Mark Phelan, Pat Daly, Michael McMahon, Paul Phelan, Henry Cleary, Brian Moore and Mark Clancy. With only a panel of 18 for the game, my role on the subs bench was to cover the whole pack. 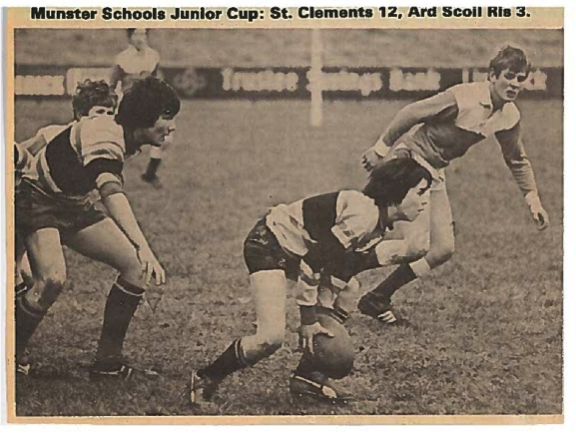 Much to the disgust of the school soccer team, Brother Reynolds had bought the rugby team a new kit and gave the school a half day to celebrate the win. Rugby had arrived at Ardscoil Ris. The team went on to beat Midleton College 15 – 10 in a replay (after a 0-0 draw) in the next round and qualified to meet Crescent Comprehensive in the Quarter Finals. This proved to be the upset of the tournament, when we beat Crescent 4-0 thanks to superb try by Andrew Donovan.

Next up was Rockwell College in the semi-final and despite a valiant effort by the team. We eventually lost 19-3 having gone in 3-3 at half time.

While I spent most of 79/80 sitting on the subs bench, I along with 4 others still qualified for the Junior Cup Team in 1980/81. The panel for that season was: K Cronin, Shane Daly, S Hartney, Mark Clancy, J Harrington, Jim McGann, P Ross, Harold Brown, Kieran Coffey, Paddy Cosgrave, Mark Phelan, P Kiely, Tom Moore, Henry Cleary, Tom Kiely, B O’Dea and J O’Toole. 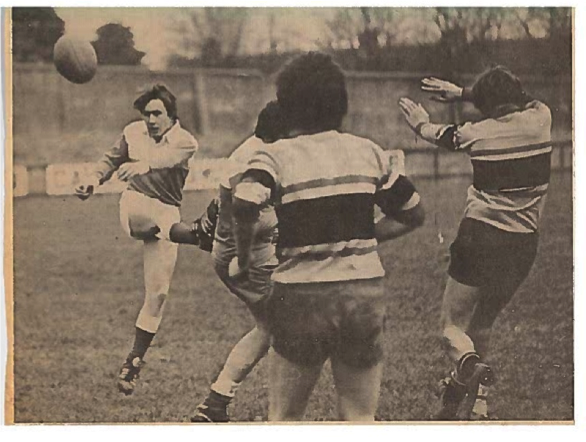 The season started well when we beat St. Paul’s of Waterford 38 -0, scoring 7 tries. In one game we had scored more points and tries than in 4 cup games the previous year. Next up was Midleton College, who we beat 18-0. Following this we played St. Clements College on the front pitch in Thomond Park. Unfortunately despite having most of the territory and possession, we lost 12-3. I have attached some photos of the game that were published in the Limerick Leader.

While this ended my days of playing School’s Rugby (Ardscoil did not have a Senior Cup Team at that stage), it did give me a love of the game. And with thanks to Des Harty, I continued to play rugby at varying levels and numerous clubs for another 19 years.